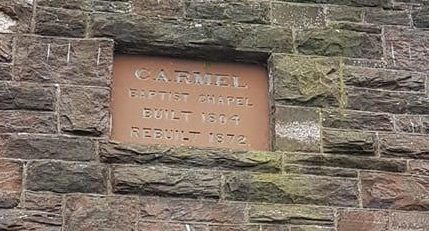 To the memory of

My friends grieve not my early fate

You all must try this untry’d state

When my memory brings a sigh

Apply the words I too must die

Also of THEODOCIA Widow of the

SS Bothnia was a British steam passenger ship that sailed on the trans-Atlantic route between Liverpool and New York City or Boston. The ship was built by J & G Thomson of Clydebank, and launched on 4 March 1874 for the British & North American Royal Mail Steam Packet Company, which became the Cunard Line in 1879.[1]

5 descendants of John and Theodocia Nicholas of Whitehook, Bletherston, Pembrokeshire, Wales emigrated to various parts of the United States between 1881 and 1913.

Benjamin and his wife Margaret Beynon were the first members of the Nicholas family to emigrate to the USA in 1881.

Note: Margaret’s older brother Edward Beynon had immigrated to Hyde Park, Scranton, PA, USA in about 1869 (Edward returned with his wife Elizabeth and 2 children in about 1876).

Thomas John Nicholas was also one of Benjamin’s nephews (his mother was Benjamin’s sister Martha who married Evan Nicholas of Swansea, Glamorganshire, Wales ).

John Bowen NICHOLAS was another of Benjamin’s nephews
(his father was Benjamin’s brother Evan and his mother was Eleanor Bowen).

The younger brother of Thomas John Nicholas and one of Benjamin’s nephews (his mother was Benjamin’s sister Martha who married Evan Nicholas of Swansea, Glamorganshire, Wales ).

In the 1871 Census of England and Wales Benjamin’s occupation is listed as ‘Tailor’s apprentice’ but it gives no indication of who the tailor could have been.

However recent investigations into the 1871 Census have identified a possible candidate – Richard Phillips.

Richard was born in New Moat in about 1830. In 1858 Richard married Hannah Nicholas who was born about 1838. Hannah’s Parents were Stephen NICHOLAS (B:1797 & probably John NICHOLAS’ younger brother) and Ann MORGANS. Which means than Hanah was probably Benjamin’s father’s cousin.

Hannah and Richard lived at Posty-draw which is a house, near Posty Farm, less than  a mile from Benjamin’s family home – Holloway Fach. In the same 1871 census Richard’s occupation is listed as Tailor (employing 1 man).

I firmly believe that means that Benjamin was apprenticed with Richard who was married to his father’s cousin.

Died 4 days after giving birth to Evie May Thomas, 15 days past her 24th birthday.

Dorothy Arlene (Breunsbach) Nicholas 94 passed away March 22nd 2013 in her home. She was born November 18th 1918 to the parents of Francis and Nettie Breunsbach. Dorothy attended a one room country school up until eighth grade. Then she attended Summerfield High School and graduated in 1936. In 1940 Dorothy married Lloyd Nicholas and in 1941 Dorothy and Lloyd moved to Sarasota Florida. While living in Florida Dorothy worked at the Dime Store and Sears. In the 1950’s Dorothy and Lloyd moved back to Nebraska on a farm in Pawnee County. In 1952 Dorothy and Lloyd adopted their son Larry and in 1962 they adopted Alice. During the nineteen 50’s and 60’s Dorothy was a stay at home mom and helped her husband farm their ground. In 1983 Dorothy and Lloyd moved from their farm in Pawnee County NE to their current home in Summerfield K.S. In 1983 Dorothy became a grandma to her first granddaughter Kari and in 1992 came her grandson Steven. During 1990’s Dorothy and Lloyd retired from farming. Dorothy favorite hobbies and pastimes included baking, quilting, playing board games with her grandchildren and drinking coffee every morning with her friends at the Summerfield café. Dorothy was deeply involved in her church to where she was a Sunday school teacher for many years. Dorothy was also involved in Red Hat Club, State Line Club and Summerfield Senior Citizens Club. Dorothy was preceded in death by her parents Francis and Nettie, husband Lloyd Nicholas in August of 2010, son Larry Nicholas in April of 2010, grandson Nicholas Roberts, sister Ruby and Lester Russell, niece Maxine Rivera. Dorothy is survived by her daughter Alice( Rick) Weyer of Beatrice, NE, granddaughter Kari (Phil) Stewart of Lincoln, NE, grandsons Steven Roberts of Summerfield, KS, special friend,Kirby Jackson of Lincoln, NE. Services 10:00 a.m., Wednesday, March 27, 2013 at the Presbyterian Church, Summerfield, Kansas. Officiating Reverend Herb Schrader. Visitation on Tuesday, March 26, 2013 from Noon-8 p.m., family greeting friends from 6-7 p.m. at Wherry Mortuary, 919 G Street, Pawnee City, Nebraska. Interment at Mission Creek Cemetery, rural Liberty, Nebraska. Memorials to family choice.This is from Wherry Mortuary web site.

Living with his parents and siblings at the family farm

In 1901 John emigrated to Nebraska, USA

This brochure encourages the purchase of land twenty miles either side of the Central Branch Union Pacific Railroad. The Central Branch Union Pacific Railroad lies primarily from Atchison to Concordia and north. There is a full map of the area on the reverse side of the brochure. Also included are brief descriptions of Marshall, Brown, Jackson, Riley, Pottawatomie and Nemaha counties. There is a drawing of the Blue Rapids Woolen Mills and power plant.

This handbook was published by the Modern Argo, Kansas City, for potential immigrants to Pottawatomie and Riley counties in Kansas. A short description of Davis County is also included. This pamphlet encouraged agricultural settlement by extolling the virtues of this ‘beautiful Kansas (river) valley’. Crops grown in the area included corn, wheat, oats, and rye. A number of stock farms, such as Juniatta Stock Farm and Woodside Stock Farm, are described in the booklet. The booklet contains information about dairying operations and orchards. There are descriptions of the towns of Manhattan (including the State Agricultural College), Wamego, Louisville, Westmoreland, Milford, and Belvue. Some illustrations of farms and businesses are also included.

This website uses cookies to improve your experience while you navigate through the website. Out of these, the cookies that are categorized as necessary are stored on your browser as they are essential for the working of basic functionalities of the website. We also use third-party cookies that help us analyze and understand how you use this website. These cookies will be stored in your browser only with your consent. You also have the option to opt-out of these cookies. But opting out of some of these cookies may affect your browsing experience.
Necessary Always Enabled
Necessary cookies are absolutely essential for the website to function properly. This category only includes cookies that ensures basic functionalities and security features of the website. These cookies do not store any personal information.
Non-necessary
Any cookies that may not be particularly necessary for the website to function and is used specifically to collect user personal data via analytics, ads, other embedded contents are termed as non-necessary cookies. It is mandatory to procure user consent prior to running these cookies on your website.
SAVE & ACCEPT
Loading Comments...